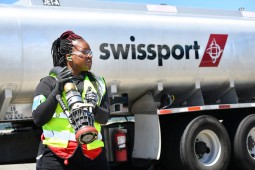 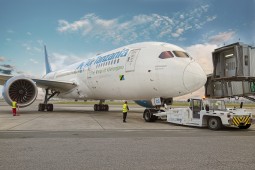 Starting 1 October 2022, Swissport will be providing aviation fueling at Helsinki Airport in Finland. The global leader in aviation services takes over the operations of Shell Aviation, including a customer portfolio of leading international carriers.

“We are extremely pleased to further complement our portfolio of aviation services in Finland with fueling at Helsinki-Vantaa Airport,” says Markus Vahtera, Swissport’s Managing Director Finland. “The addition of fueling to our broad service portfolio fits well with our expertise in complex hub operations. It delivers on our ambition to be the go-to brand that airlines turn to for whatever ground service they may need.”

Prior to the pandemic, Swissport fueled over 2.3 million flights on an annual basis, averaging one flight fueled for every 14 seconds across the company’s vast global network. Through its Swissport-branded fueling operations in North America and Europe and a partnership with Aviation Fuel Services (AFS) in Germany, Swissport’s fueling business covers 42 airports in seven countries. At the largest locations such as Seattle (SEA), Detroit (DTW), Chicago (ORD), Phoenix (PHX), Miami (MIA), and Minneapolis (MSP), over 500 aircraft are fueled per day.

Swissport places paramount importance on sustainability across its business and in its fueling operations and has implemented various environmental policies and procedures. They are an integral part of training and daily operations. Moreover, it supports airlines and oil company partners on sustainable aviation fuel (SAF) projects.

At Helsinki Airport, Swissport has been supporting airlines since 2011. Through an extensive portfolio of aviation ground services, the company is providing hub management at Finnair's home base, including passenger services, ramp handling, and aircraft de-icing. Swissport also manages two cargo centers in Helsinki, including the Finnair Cargo COOL warehouse. Under its ASPIRE lounge brand, Swissport also welcomes thousands of passengers.

As the global specialist with a proven track record for reliable hub operations, leading airlines trust in Swissport as their preferred partner for hub and large base operations – and even their home bases. Examples are Swiss International Air Lines in Zurich (Switzerland) since 2001, Lufthansa in Munich (Germany), Qantas in Sydney and Melbourne (Australia), Azul at Viracopos (Brazil), and most recently ITA Airways at their hub in Rome (Italy).